Danabol DS by March Pharmaceutical is still in production

After a recent discussion at a certain body building forum, we decided to make this thread to inform to the mass that March Danabol DS is indeed still in production.
A recent user of a specific board (who had never purchased anything from us) had accused us of selling fakes. Stating that the Danabol DS was never in production. ShortnWide had accused us of selling fakes by spreading rumor that Danabol DS had been discontinued. Please note ShortnWide had never purchased from us and he was misinformed when he said March Pharma is based in China. We assure all customers that Danabol DS is still in production, by March and March Pharmaceutical is still open, running and in production. Their building is never closed. In fact, customers who resides in Bangkok may visit their factory building and take a picture of the area.

2 things which were in discussion, is March Pharmaceutical closed? And is Danabol DS still being manufactured?

1) March Pharma's other name, through the MIMS, please see attachment:

MIMS is a database for pharma company, updated annually, is 100% trusted in the medical community.

2) March Pharma's official website, they are up and running day-to-day operation: http://www.lamthong-marchph.com/

3) March doesnt manufacture only steroid, they sell everyday drugs, range from OTC, clinics/hospitals and steroids. They are a legit company with GMP certification.

4) March Pharmaceutical is a Thai company, based is Thailand, they are officially registered in Bangkok and is up and running. ShortnWide is surely misinformed when he said that he took a picture of March Pharma's pharmacies closing in China because March Pharma was never based in China. They are not pharmacy and definitely is not based in China nor have they been shut down.

1) March still manufacture Stanol and Danabol, proven from their license. Manufacturers are obliged to forward manufacturing and sales record to FDA, if anything isnt manufactured for a certain period, the license is revoked. March retains the Danabol license simply means March is still manufacturing Danabol DS as of 2016. Picture as attached.

2) 2 versions of Danabol DS, both made by March. One is the one March sold, with March label. The other is under contract with Body Research. Body is a distributor, means they are trading company only. They contract with March, TP Drug and a few others to manufacture for their sake, Body do the selling. Testolic, Cypionax, Stanol and Danabol DS are example of Body's FDA Certified product.

3) 90% of Danabol DS user only seen the Body version because Body is the distributor. March doesnt sell out of Thailand. Anyone who can speak Thai may prove that Danabol DS is still sold by March. Just call March hotline number, tell them you want to buy March Danabol DS, they will sell as low as 1 bottle for retail price. Provide them with a Thai ID and it'll be delivered via EMS to your house in 1-2 days. You can see from their website that March also do telesales.

If any members have any question, just ask our customer support at support@orientalpharma.com
Posted by Vichuda Saeng-Chun at 12:35 PM

Email us at support@orientalpharma.com to order now!

Also visit Anabolic Steroid Online for our knowledge based website. 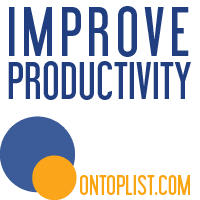